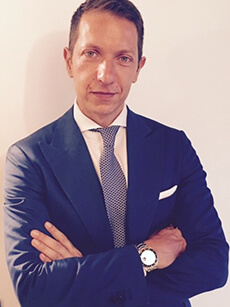 He graduated in Political Science from the State University of Milan. In 2011, he obtained a Masters in Real Estate from SDA Bocconi.

He began his career in a real estate brokerage and consultancy firm, and then became Asset Manager at Polaris Investment Italia SGR S.p.A. in 2011.

Since 2012, he has been working at DeA Capital Real Estate SGR S.p.A., first as Asset Manager and then as Fund Manager of some Core and Value Added real estate funds (2012-2017).

Since 2017, he has held the position of Funds Director of some Core, Core Plus, Value Added and Opportunistic Real Estate Funds, intended for Institutional and Retail investors.