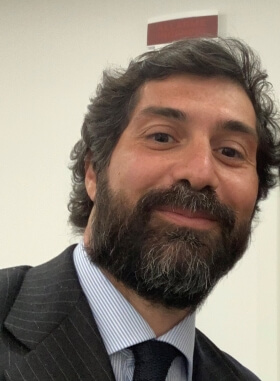 Luca D’Antrassi has been Head of Asset Valuation at DeA Capital Real Estate SGR S.p.A. since 2016, for which he created the internal valuation model currently in use, after joining in 2014 as Head of Risk Management. Luca graduated in Management Engineering with a thesis on game theory from the University of Rome Tor Vergata. From his first work experience, he has come into contact with the reality of Italian real estate funds.

As part of the investment team of Torre SGR S.p.A., a Fortress Investment Group and Unicredit Group joint venture, he was responsible for the analysis of real estate investments for over Euro 1.5 billion and was part of the M&A team for the acquisition of the real estate asset management business unit of Pioneer Investment Management SGR S.p.A., actually one of the first mergers between Italian real estate asset management companies (2007-2010). At Torre SGR S.p.A., he then held the position of Head of Risk Management (2010-2012) where he collaborated in the design and implementation of a quantitative model for the management of real estate risks based on stochastic scenario logics.

As Head of Risk Management of Fabrica Immobiliare SGR S.p.A. (2012-2014), he managed the transition within the AIFMD of the corporate risk management system, overseeing the updating and correct implementation thereof.